Embracing Change Will Save Your Business 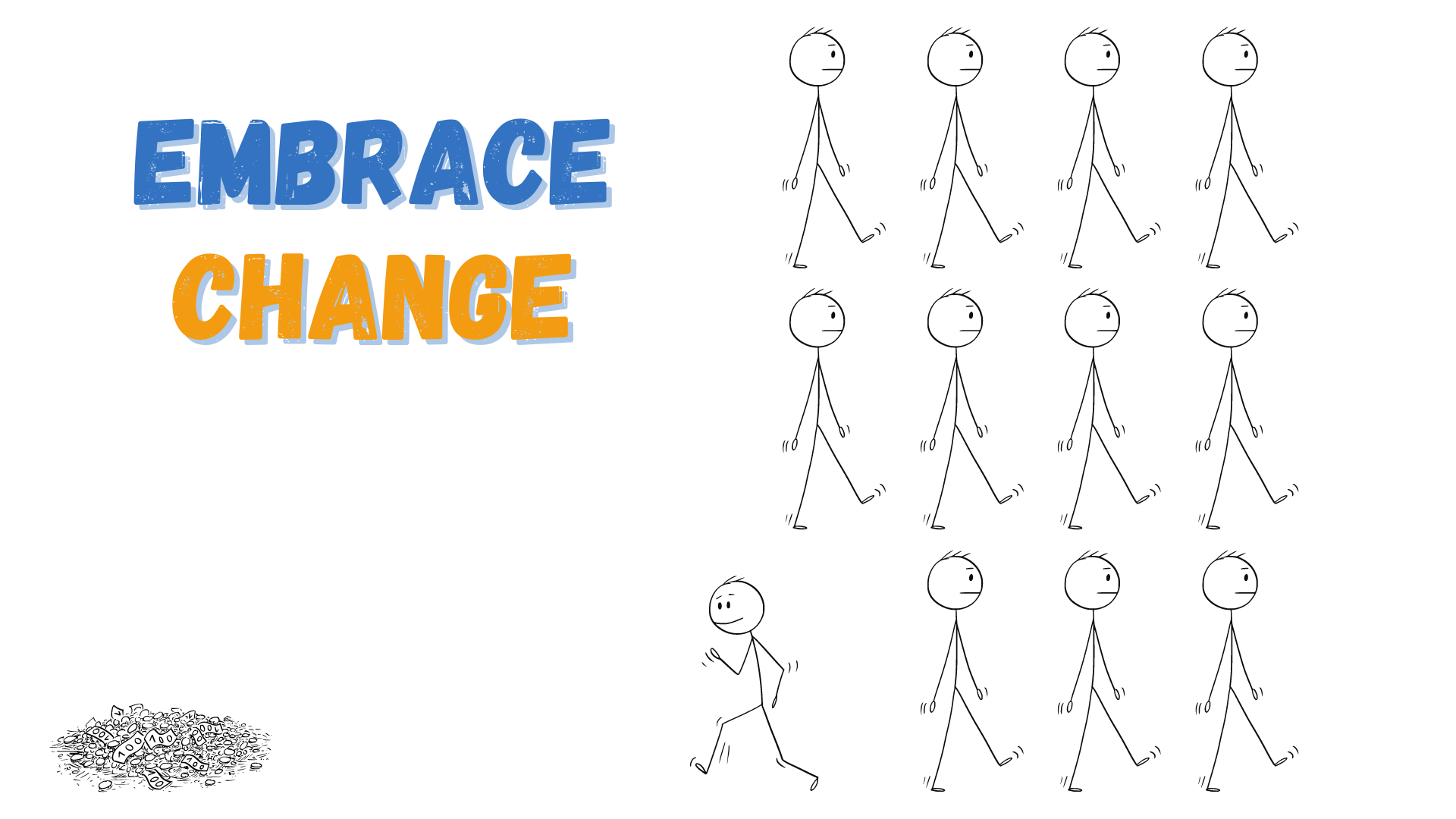 Have you heard this before? I’m content where my business is at. Why should I change? It feels like embracing change is the farthest thing from their mind.

Now, I’m totally great with working hard for a season and then you reach a goal or get to a point where you’re gonna take a little breather. That’s totally fine. I mean, I took a four-week vacation one year at the end of tax season just to prove to myself that the business was in a place that I could do that. But it was just a four-week vacation. I came back and then we kept trying to change and grow. I was very content with where the business was at. I’m still content with where the business is at.

However, this question implies a more permanent attitude of avoiding change in the business as opposed to a temporary mindset of contentment while still embracing change. So why should you change? Let’s start with an analogy.

I don’t know who to give credit to, but I learned this from somebody else. Imagine you’ve got a garden box filled with nice new soil. What happens when you ignore the garden box and come back a month later? Is it just going to be the soil exactly the way you left it? Because you didn’t do anything to it, it should be exactly how it was before, right? No. Weeds and undesirables have popped up.

For a similar concept, think about walking up an escalator that’s going down. If you stop taking a step forward, the escalator will eventually take you back down to the bottom.

So, we have this idea of the garden box and the escalator. They illustrate that on earth there is a natural truth that things decay without attention. It’s just how it happens. Aging is a form of that. As you see people age who didn’t put attention onto health, they definitely age in a way that looks a lot less desirable than those you see who put attention to their physical wellbeing.

The hard truth is that the mindset of being content with your business AND not wanting to change often leads to neglect. Which is exactly what happened to the garden box.

Change can mean either growth or maintenance. Both take intentional effort on your part as the owner. What happens, though, is content owners want to just maintain what they have going so they think that not doing anything differently and leaving the business alone is fine. Nothing will change. They end up ignoring their business and forget that outside influences affect their business as well. Maintaining often requires innovation to happen because you’re usually trying to maintain the financial outcome of the business, not necessarily the service you’re offering.

The world is full of examples of businesses that were content and either afraid or worse, ignorant of embracing change. I’ll share just a few of them.

Have you ever heard of Toys R Us? Yeah, not a million toys that you can play around with anymore. Why? Because they’re out of business. They didn’t embrace change. They were content with their space. eCommerce came in and wiped them out.

Kodak used to be the world’s largest film provider. Some of you may not have even heard of them. They’re not in business anymore.

Palm Pilots used to be the thing. You know, a handheld device to keep yourself organized. Well, most people have iPhones or Samsungs these days. Palm is almost non-existent.

Yahoo is another example. While they still exist, they do not have the market share they used to because they refused to change with the search engine. Google came in and just dominated.

And then probably one that you do recognize, Blockbuster. You used to walk into these stores full of movies and things. Well, Netflix and Red Box wiped them out. They were content with where the business was at, so why should they change? In fact, there is this funny story if you don’t know about it, where Blockbuster looked at potentially buying Netflix and then were like, why would we even do that? They’re so small and they’re not going to be able to touch us.

If large corporations with massive amounts of revenue can go out of business because they didn’t embrace change. The risk is a little bit higher for small business.

Now the benefit of a small business is you don’t have the bureaucracy and you can pivot really quickly. In order to be in a position where you can change, you want to make sure that you are giving yourself enough time to have that space where you can innovate and try new things out. Because you obviously want to do it in a way where you’re not hindering your current ability, the thing you’re content with. You just want to see if you can make it better or add something to the business.

So if you’re so busy that right now the only thing you can think about is surviving, the first thing we gotta do is figure out how to free up your time. So here are four tips specifically.

Do you currently do a working lunch? How long are you taking? I know there was a point in my career where I was driving out to go somewhere every single day for lunch. The commute time plus waiting on the food, all of that added up. I also became a big fan of GrubHub when it came out. Yeah, there’s a higher fee there, but for me as a business owner, the 15 to 20 extra dollars I paid for that meal, while steep and can get annoying, was worth the investment so that I could stay working while the food was coming to me.

I try to be healthy so, I bring my own lunch that I can just eat here at my desk. If you’re not already doing that, make some adjustments to free up more time around your lunches for yourself to give time to think about some of these innovative things, so that you’re thinking about change.

Consider taking a vacation from normal work. When you’re on vacation, you put an autoresponder on and you are unavailable. Clients see the autoresponder. Most of them understand. For those who don’t understand, you may consider not having them as clients, because those people… they need to change their attitude. Everyone deserves vacations. But take a vacation from your normal work, meaning put up that autoresponder saying, hey, I’m currently unavailable, so that you can have some focus time to do some of these things that can help grow your business. Like maybe take some time to put in a cash flow management system. Lots of things you can do.

Like in our company, we do one-on-one meetings. We want every team member to meet with their supervisor regularly. And over the years we have found that depending on their skill set, how long they’ve been at the company, you know, those types of factors, some of them don’t need to be met with every single week. That freed up some time for the supervisor. Look at your regularly scheduled meetings. If possible, maybe you can forego some of those in the short run and then use that time to invest, to then make everything more efficient. Therefore, your time is freed up in the long run as well.

If you own a service based company, consider limiting your client meetings just for the next four weeks. Have maybe a couple slots open each week as opposed to a completely open calendar. For any business owner, it’s a good idea to limit at times or have more set blocks where you are available for one off meetings. That allows you to block out focus time for yourself.

Again, it only works if you use the freed up time to do the things you need to do. In the context of this post, we’re talking about embracing change and focusing on things you can improve from a long-term standpoint. I would suggest also using the time you free up to figure out how to make things more efficient overall.

Ultimately you should have a mindset of embracing change because the world changes. If you don’t change with it, you will go out of business. It has happened before and none of us are immune to that possible outcome. You always want to have time where you’re at least thinking about new things you need to do now based on where the market is going.

Make a change now by hiring an accountant to do your bookkeeping and taxes to free up more time for yourself. 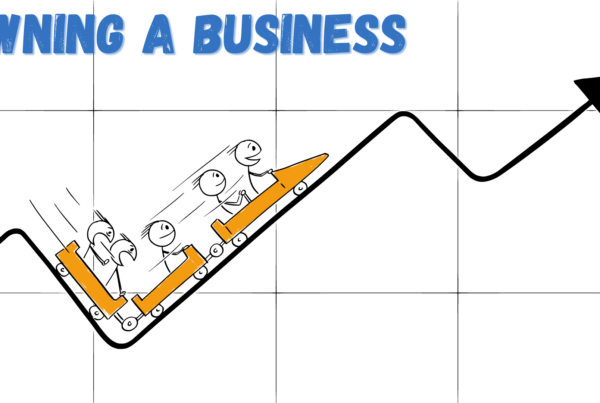 Top 10 Pros and Cons of Owning a Small Business 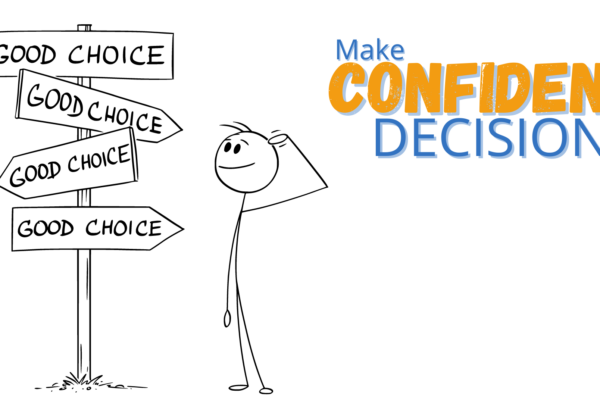 Making Confident Decisions for Your Business