Why Should You Care that Your CPA Can Work 80 hours a Week and Still be Lazy? 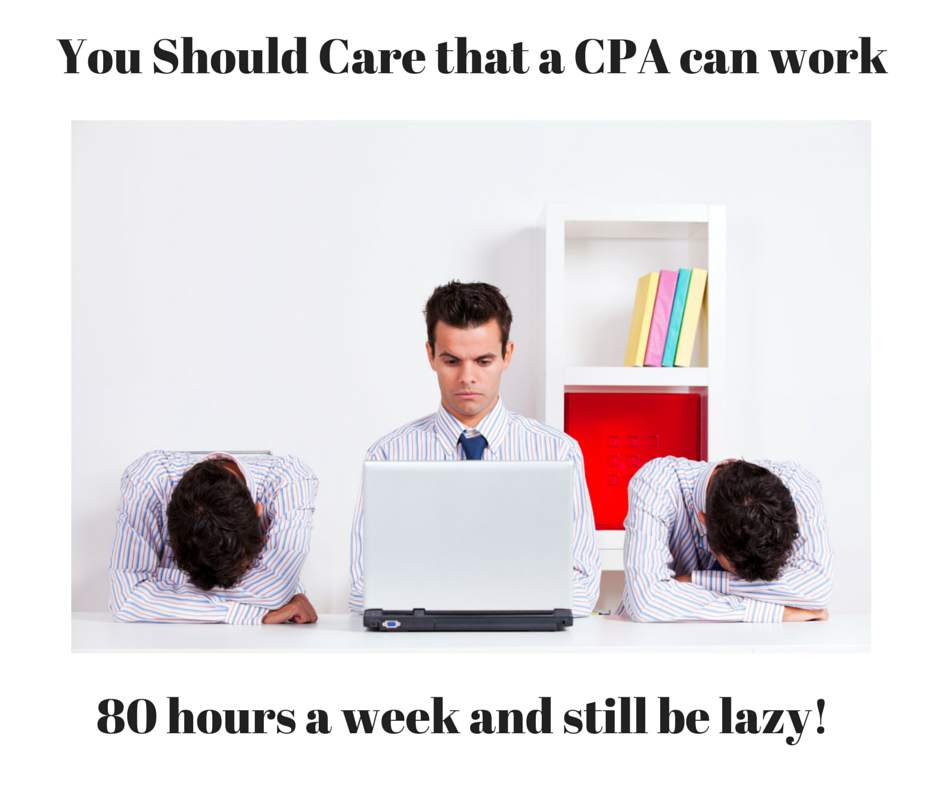 During tax season, I hate it when I hear, “I’m surprised to see you.”

Background: In case you didn’t know, client referrals are a huge part of any CPA firm’s growth.  At Incite, we make a concerted effort networking with clients and other professionals.  Between the months of January and April, when we network, we will hear “I’m surprised to see you” more than a hundred times.

On one hand, I take it as a compliment.  But the reason it’s a compliment is the same reason it upsets me so much.  Most CPAs and the accounting industry in general are lazy.  This hated statement is proof of this.  How so?

The reason everyone is surprised to see me during tax season is because they are conditioned by their experience with other CPAs.  CPAs use tax season as an excuse to be unresponsive and irresponsible.  “I can’t make that meeting”, “I can’t deal with that until after tax season”, “My time is too valuable during tax season, so here is a bill for taking me to lunch”.  These are all statements new clients of ours heard from their previous CPA.  All these excuses are on top of the industry standard to not return your phone calls or emails for weeks.

Now add on top of the already mentioned frustrations, CPAs take off for vacation on April 16th and you can’t get a hold of any of them until June.  Presumably. (Meaning June might be optimistic).

If CPAs claim to be working 80 hours a week, what the junk are they working on?  Not on your stuff, or they would return your phone calls and stop giving excuses for their poor service.

When we hear “I’m surprised to see you” it is a backwards compliment.  What they are telling us is “good for you to get out during tax season, and being responsive to your clients’ needs, and looking for more people to help.”  They are recognizing that we are different than their expectations.  It just makes us mad that CPAs have given such crappy service for so long that there are such low expectations.

Have you ever felt that your CPA works for the IRS and not you?

That’s another frustration we have with the industry.  They have become so afraid of IRS auditors or the possibility of an audit that they don’t take all the deductions allowed by the tax code. A client tell the CPA about a transaction they plan on doing or want to do, and the CPA will usually respond with “You can’t do that.” Period.  End of conversation.  Instead of shooting the client down, why not ask the question, “let’s see how that could work?”  The answer might still be “no”.  But sometimes with a few changes to the transaction, it could work.  Don’t get us wrong either, we also don’t want to deal with IRS auditors.  Most are ridiculously incompetent yet still hold all sorts of unreasonable power.  But we work for our client, to help our clients keep and grow their wealth.

Last complaint about the lazy CPA tax preparation industry – people don’t know what they don’t know.  Most people have no idea their current CPA or tax preparer sucks at what they do. The CPA is personable, and nice enough.  Their fee seems reasonable.  They just don’t realize they are over paying in taxes.

Incite Tax & Accounting is a Certified Public Accountant (CPA)firm with offices in Sandy, Utah. With over 10 years of experience handling business taxes for large and small Utah companies, Incite Tax is one of the most qualified business CPA firms in all of Utah. No matter your tax needs, Incite Tax is the firm for the job. 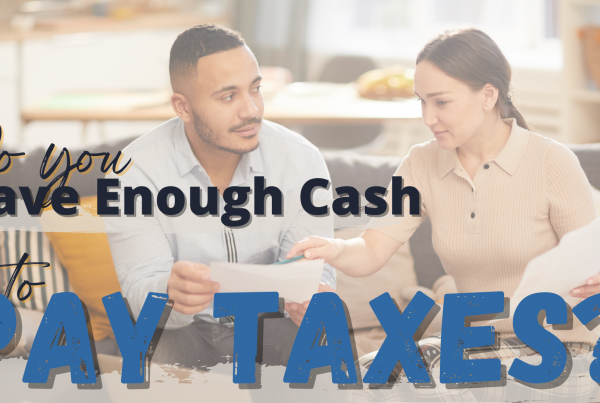 Do you have enough cash to pay taxes? 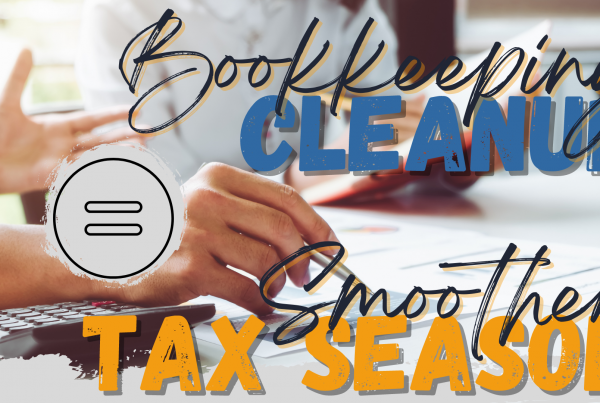 For a smoother tax season get your bookkeeping in order 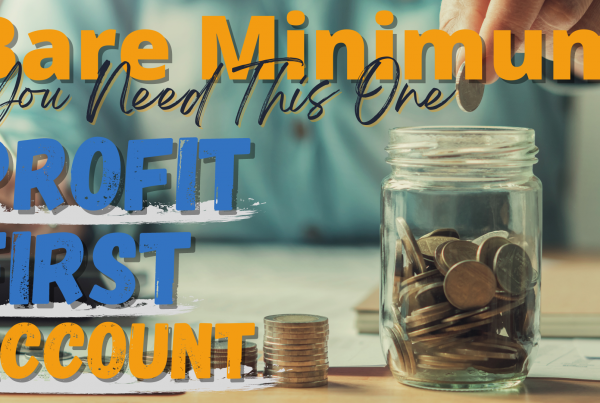 Bare Minimum, You Need This One Profit First Account