Triggering an audit is one of the biggest fears of small business owners when it comes to taxes. You’re probably even willing to overpay if it means avoiding any IRS red flags. Generally, when we think of red flags, we are thinking of an audit. It might surprise you to know that we are audited by the IRS more often than we realize.

I think it’s important to know that when the IRS gives you statistics on how many people they audit, when they send a letter to you saying they made an adjustment or asking for a copy of your W2 or 1099, or any little simple letter, they still consider that an audit. When you and I think about an audit, we’re thinking about, they’re knocking on my door, I have to go in to their actual office, they want all my itemized receipts, they just want a really deep level of information. Those are the audits we’re typically referring to.

When it comes to the IRS letters itself, usually they are requesting more information and if you provide it, there’s nothing more to worry about. There are a few things that trigger those letters.

When you do your own taxes, surprisingly, a large percentage of people who self-prepare have input their information incorrectly. That is an automatic letter from the IRS because your calculations are going to be off.

Missing information is also another reason. We just dealt with a client who didn’t tell us they received any health insurance premium subsidies. That’s if you get your insurance through something like healthcare.gov. And we e-filed her return and the IRS system immediately rejected it saying, the taxpayer received premium subsidies, that information’s not on the tax return. So automatic rejection.

Another common thing that people miss is gambling winnings. If you go to a casino and you make more than $600, I believe, you have to give them your information so that they can create a form for you.

If your estimated payments are input incorrectly, like maybe you put a number on the return, but you made more payments or less payments. That’s going to cause a letter to come from the IRS. Now, when you get those, obviously the best thing to do is check and make sure you know how much you paid the IRS. A lot of times they apply your payment to the wrong tax year, (I think on purpose). So, it’s your job to show them the clear check image from your bank account and say, hey, I actually paid that, and you need to apply it to this tax year. Keep that in mind.

An automatic red flag, unfortunately, is if you make more than $200,000. That’s one threshold. So, like most taxpayers, 1% of them get audited. 4% of taxpayers who make $200,000 or more get audited. And if you make a million dollars or more, 12% of those taxpayers get audited. So, the more money you make, the higher likelihood it is you get audited.

From a business standpoint, it’s one of the few things that makes sense to me. I don’t love it because it does feel like they’re picking on wealthy people who usually provide jobs and help the economy. But there’s bigger bang for their buck and the time they spend on those, theoretically of course. I’m sure everyone files taxes as well as we do, so there’s no changes. But just the more money you make, the higher likelihood that they’re going to want more information.

So now it comes to IRS red flags that could likely result in you needing to provide a lot more detailed information, or the IRS is going to come and do a full-on examination, as they call them.

If you have high W2 income and a Schedule C business that has a loss, and the bigger that loss, the bigger the red flag. They’ll want to look at that because in their mind they’re seeing you as just trying to write off money because you have a W2 job. So, they want to make sure you actually have a legit business.

Schedule Cs in general actually are a bit of a red flag. Like I said, especially the bigger the loss. We have some strategies that we use where a Schedule C is involved, but those Schedule C businesses show zero or like a hundred dollars net income.

Business Use of Home

There’s a form where you can write off your home office space. It’s called the business use of home. That is an audit trigger. If you can get away with not filing it because maybe it’s a super ridiculous deduction that requires calculations, and you don’t really get much of a benefit out of it, maybe consider not filing it.

A higher end strategy some people use is what they call CRAT, a charitable remainder annuity trust. Those usually end up getting flagged for audits because it’s on the dirty dozen list. People have abused it over the years. Doesn’t mean it’s not legit, it’s just because of the abuse the IRS has a higher likelihood to audit that.

Not filing at all ends up being an audit trigger. Now that usually plays out after multiple years. If you don’t file now, 12 months later you probably still wouldn’t have heard from the IRS. The first notice you’re going to get is a letter likely saying something to the effect, we have record of you receiving taxable income, but we don’t have a file for you yet. Then either it’s going to say, we think you owe this much money, so pay us, or you have x amount of time to give us an actual return.

But not filing at all is a problem. Earlier in my career, one of my first clients came to me, because after eight years, the IRS found him, and they came knocking at his door and subpoenaed him and everything. He hadn’t filed for almost a decade before becoming a client. That’s the scary scenario we want to avoid, so be sure to file.

Conservation easements is another big trigger. Great tax strategy. They are legit, but there are people in that space that are scoundrels, and you really want to make sure you do your due diligence and stay away from the really bad companies. Because, even when you use a legit company that follows the right methodology, you have a high likelihood the IRS is going to ask for information about it.

High likelihood being more than 50% for sure. So, when they ask for information, you want to feel good that the information you provide is coming from a reputable company who’s not being super aggressive on the way that strategy works, so that you don’t get anything reversed or worse, they hit you up with fraud, which can happen.

Captive insurance is another strategy, again, high end. You may not have heard some of these terms before, but captive insurance can be an abusive scenario. Still a legit strategy, but it’s got to be done right. So, chances are you might get an audit if you have that in place.

If you want to call yourself a day trader and you end up taking a loss, that can trigger the dreaded IRS red flags. The way you do that is actually on a Schedule C as if you’re a business. And that’s treated very differently than just me trading stock and having a loss from trading stock. Day trader classification gives you much more favorable tax benefits. So if you claim to be a day trader, there’s a high likelihood you’re going to get audited. Just know going into it that you’re going to need to prove how you qualify as a day trader. We have clients who are day traders, so not a problem. You just need to be able to prove it with qualifications. But they’ll likely ask for it.

That’s a wide array of areas that come to mind when discussing IRS red flags and tax return audit triggers. Just keep in mind there are lots of other things that potentially could lead to audits. I picked the ones that we see the most often.

If you ever have any questions, check us out. We have blogs on just about everything. Also, reach out to us. If you’re not sure about something or you think your accountant might be steering you wrong, contact us. We’re happy to help. And let’s lower that tax liability so you can stick it to the IRS. 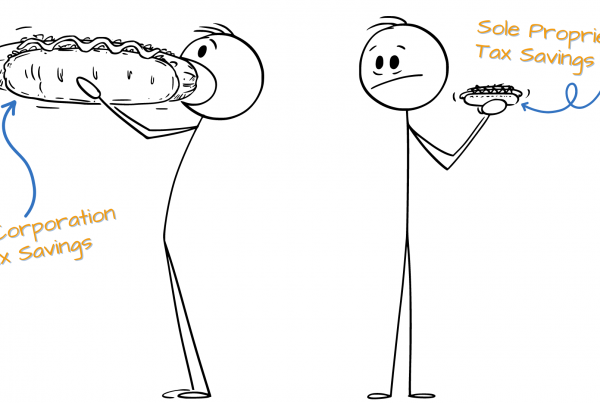 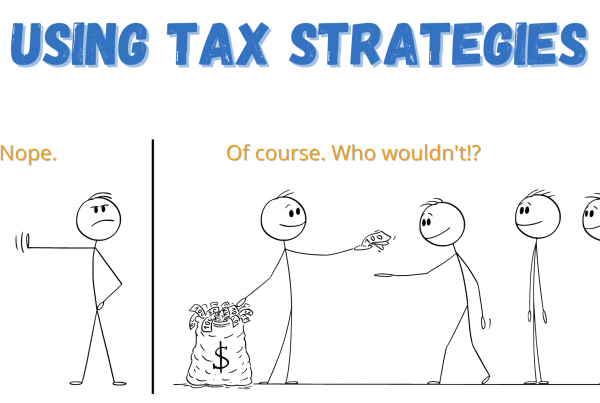 What are Taxes? Mandatory Contribution or Voluntary Donation