Why Value is Better Than Being Cheap 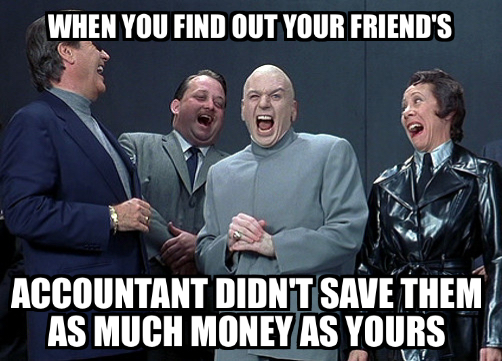 We Work for You to Save You on Taxes.

Did you know that within 5 miles of our office location, there are currently 28 accounting firms?  As a point of reference, that is a lot! Did you also know there is really no barrier to entry to become a tax preparer?  Sure you have to pass a background check and give your fingerprints to the IRS, but other than that, there is no competency barrier.

I only tell you that to set the stage for the experience I had with a client that started with us in 2013. The client has a main business as a realtor.  They also have rental properties and a small amount of other self-employment income.

When they came in, we reviewed their previously filed tax return like we always do for all new clients and free consultations.  The 2012 return that was filed by their last accountant was a disaster to say it kindly.  We find that in the tax and accounting industry, people give their numbers to the accountant and he plugs them in.  This is lazy.  Sure, your Joe Shmoe CPA might charge you $40, or you have agreed to take him and his wife out to dinner, but where is the value in that?  There isn’t much other than knowing you’ve filed your taxes.  Value is better for you.

Sometimes we find minor errors that aren’t worth fixing due to the fact that amended returns are hand processed and have a higher percentage chance of being audited. Other times we notice that the client is missing expenses they didn’t claim.  Even that deserves a cost benefit analysis to see if it is worth amending.

In this case, they were running the realtor income through a partnership.  This may be stating the obvious, but partnerships file separate tax returns.  This professional they used didn’t know how to file a partnership return apparently.  He put the partnership activity on two separate schedule C’s.  So not only did he not file a separate return correctly, he increased their chances of getting audited and increased the amount of self-employment tax they were claiming.  Let’s not also forget he didn’t help them understand what they can and can’t write off.  Again, let’s take note why value is better for your situation.  Taking the time to ask questions, delve in further, and save you some money that you shouldn’t be paying in taxes.

These were corrections worth making.  So we filed a partnership return correctly for them and amended their 2012 return.  No surprise the IRS gave push back.  A lot of it.  It’s like a kid who did something wrong, gets called out on it and says, “Nuh uh! I didn’t do that.”  They were in denial.  It took 6 months or so for them to finally agree, multiple letters and phone calls to the IRS.  Then it took another 2 months for them to relinquish the clients’ money back to them.  But when it was all said and done, the clients got more than 12k back from this amendment.

That’s what we do.  Aint no thang!

See why else value is better for your situation, H&R is misleading us here. 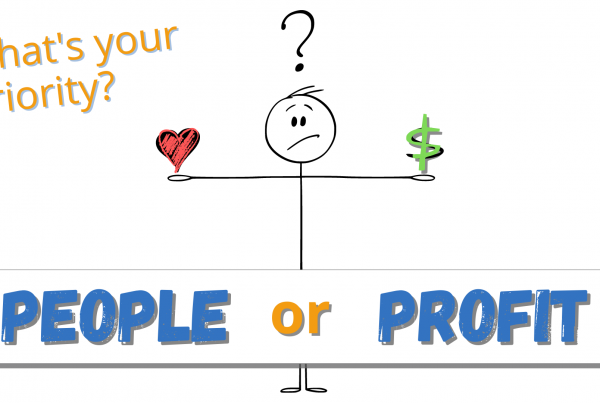 Employees or Profit: What’s the Priority?

The Best Way to Catch Up on Bookkeeping Is…